According to some new reporting from Trumpworld uber-correspondent Maggie Haberman’s forthcoming book, Confidence Man, some staffers believed that while he was in office, President Donald Trump sometimes clogged a White House residence toilet by flushing documents down it. (Trump has publicly denied this.) Axios pointed out that this detail, if true, “adds a vivid new dimension to his lapses in preserving government documents.” Yes, sure. But we just wanted to know: Is this actually a good way to get rid of a sensitive document in a pinch? For an answer, we caught up with Patrick Garner of Cardinal Plumbing, Heating & Air in Northern Virginia (who last spoke to Slate about plumbing-via-Zoom at the height of lockdown). This interview has been condensed and edited.

Heather Schwedel: Did you hear about Trump’s reported method for getting rid of documents? What was your reaction?

Patrick Garner: I saw something like this on Reddit earlier in the day, but I didn’t really pay any attention to it. When you sent it to me, I looked at it. It’s pretty hilarious. Actually, my initial reaction was that that was something exactly like what a kid would do. If you want to hide the report card or hide a detention note, you would flush it down the toilet. It’s not only shortsighted, but it’s not going to work. It’s gonna be found out almost immediately.

What actually happens when papers get flushed down a toilet?

One of the things that any plumber will tell you is that you never flush baby wipes down a toilet, and you never flush down even a paper towel. So imagine printer paper, or even card stock, if it’s on a nice letterhead from the White House. Obviously, it’s not going to be able to be flushed down. Even though you might get it down past the hole of the toilet, it’s either gonna get clogged up inside the toilet or even worse, it might get pushed further down the line, which can cause issues not just in that bathroom, but really in the entire building.

So if it gets stuck in the toilet, and most people don’t really pay any attention to their toilet, but if you look on the side, you’ll see a shape that kind of looks like an S. That’s a trap in the toilet. So if it gets caught in the trap, there’s really not much you can do. You might be able to put an auger down and push it through, but that’s gonna involve taking the toilet off the ground, un-plumbing everything, and pushing it through. A lot of times that won’t work. So you’ll just have to replace the toilet, but that’s the best-case scenario, honestly. You run the risk of either pushing it further down the line or just getting even more lodged.

I’ve seen where somebody does something like this—as a matter of fact, it was literally a kid. He flushed down a whole bunch of test answers and report cards and stuff down his toilet. His parents tried to get it out with an auger themselves, and they pushed it so far that we actually had to come in there and use a jackhammer and open up their floors and cut out the pipe so we could get the items. Now that’s an extreme example, but it does happen.

Say someone wanted to read a document a president decided to flush down the toilet. Would that be possible, theoretically?

It depends on the type of paper that it was printed on. For example, if you flush down a paper towel, it really just clumps up. If you flush down a baby wipe, it breaks down, but it turns very stringy. Computer paper and especially card stock, which I know a lot of documents are printed on, those actually can maintain legibility. You can read everything that’s on there. The risk that you run into is if the pipes themselves are dirty, and old pipes very much are, it might be covered in waste and scale buildup. But I have absolutely pulled out paper and still been able to read exactly what was on it.

So it’s not a reliable way to get rid of documents containing government secrets, is what you’re saying.

How much could one toilet clogging affect the whole building? Should the White House be on alert for document sewage?

It really depends on where the toilet is located. Everything eventually will connect to one area. So imagine a river. You and I are at a river, and I’m 500 yards north of you. If I start throwing pollution into that river, it’s eventually gonna get down to you, and it’s gonna ruin everything by you. If you’re behind me, you’re obviously gonna be fine. So what is past or rather downstream of that toilet is gonna be affected by it. If it’s the last toilet in the White House, nothing will be bothered. If it’s the first one, every single one will be affected.

Initially the pipes in the White House probably would’ve been wooden pipes that they would’ve made out of logs. Eventually they might have turned to Orangeburg, which are pipes that we used during World War II. It’s actually just tar paper. More than likely right now, what they have is PVC. PVC is the standard for waste lines. Odds are the pipes themselves are probably in good shape, especially if it’s being maintained well. With PVC, it’s really not gonna be any different than what you and I have in our homes once we get down to the actual plumbing of it. If they were cast-iron pipes, which is possible—in fact, most of the homes in our area do have cast-iron pipes. I’m just assuming that they don’t because they’re a major facility. Now if it was cast-iron, which is possible, cast-iron pipe will actually start to break up and scale up. And that’s when things are very easily caught. They basically act as barbs, and anything that tries to get by them gets snapped on these tiny barbs.

So how much would it cost to repair all of this? Presumably this is taxpayer money.

Just pulling a toilet and putting a sewer camera in there, easily you’re looking at $600 or $700 for a regular home. Now we’re talking about a contractor that needs security clearance, needs to work with specialty toilets. So I could easily see the best-case scenario running $1,500. If they had to open up the floor, bring in a jackhammer, cut out the line, repair the line, and redo the floors—we’re talking in the tens, maybe twenties of thousands.

Where does paper rank in terms of commonly flushed, clog-causing objects?

Baby wipes and paper towels are gonna be your biggest things. Feminine products obviously are no-go. Something that surprises a lot of people is floss. You don’t usually see government documents, but I guess there’s a first for everything.

What is the craziest attempt to dispose of something down the toilet you’ve seen?

Several years ago, we were called out by the police department. They had done a SWAT sting on a house that they suspected were selling drugs out of their home, and sure enough, they flushed a large quantity of drugs down the toilet that were still in plastic baggies, and everything clogged up. So they called us out, we removed the toilet, and we put our camera—we have a high-definition sewer camera, so we can see what’s in the pipes—and we put it down there. We found out exactly where all the drugs were. We opened up the floor, cut out that pipe, and now the cops have their evidence.

I also had somebody that called me out maybe about four years ago because they had a toddler grab a hold of the father’s wallet and flush down a lot of money. Unfortunately, we were able to free most of the money—but they didn’t want to use it really. They actually tried to pay us in it. They were like, “OK, well, you know, can that be your pay?” I swear to God. We’ll take some other type of cash or check, please.

You’ve mentioned a lot of these flushing scenarios have involved kids. Have you ever encountered an adult who flushed something down like this?

the Latest in Pandemic Spending

Mon Feb 21 , 2022
An ongoing pandemic, mounting inflation and massive supply-chain disruptions don’t seem to have done much to cool American consumer demand. Last year, according to the Census Bureau, shoppers spent more than $7.4 trillion on retail, including food, gas and autos, which was up 19 percent from 2020 and surpassed pre-pandemic […] 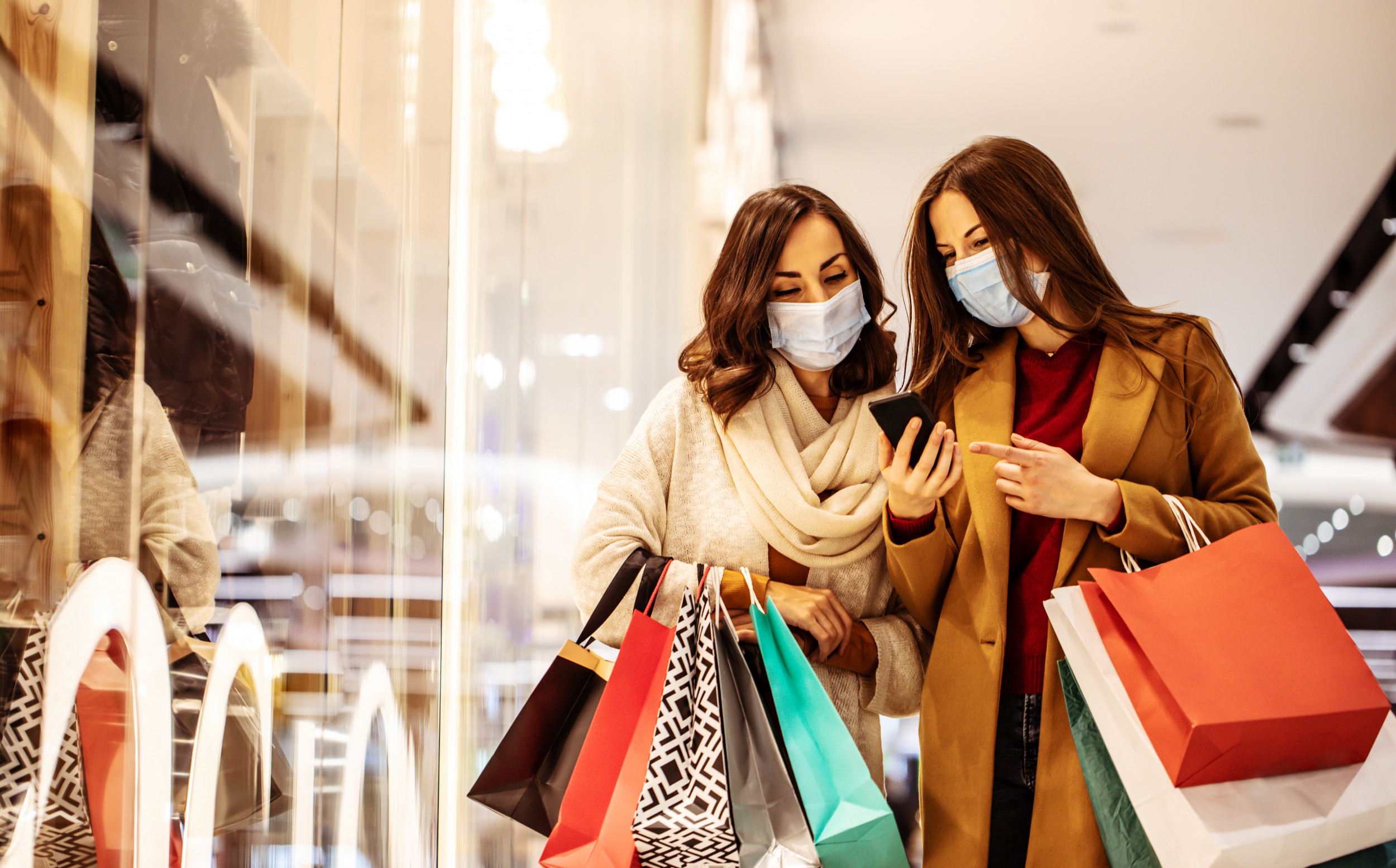