DANVILLE, Va. (AP) — For one couple in Danville, fairy tales do come true after all.

Chris and Zenaida Herbon, who met while Zenaida was performing as a fairy during a Renaissance Fair, exchanged wedding vows during a ceremony at an 1889-built Queen Anne Victorian home on Chestnut Street in Danville on April 5.

The couple, who moved to Danville from outside the area, had always dreamed of restoring a historic home.

“Unbeknownst to each other, Chris and I both always had the same dream,” Zenaida, 39, told the Danville Register & Bee via email. “When it came time to go house shopping, we knew we wanted a Queen Anne Victorian, but did not know where.”

After doing research, the couple fell in love with Danville’s selection of Victorian homes and the convenience of being close to family, she said.

In the late 1800s, the property was gifted to Mae Talley, a niece of William T. Sutherlin and his wife.

“The home she (Talley) designed is considered one of the town’s most architecturally significant houses and is considered of the most striking houses in the downtown area,” the couple said in the email. “While we had read this, we did not realize at the time the impact this house had, but since purchasing it, nearly everyone who finds out we bought it has a story of how they always wanted to live there or wished they could buy it because they grew up driving or walking past it, loved it so much.”

Sutherlin, who was both an alderman and mayor in Danville, had made his fortune from tobacco, banking, textiles, real estate and railroad development.

During the Civil War, he served the Confederacy as quartermaster of the district, with poor health preventing him from serving actively. The Sutherlin Mansion, built in 1859, is named after him and currently houses the Danville Museum of Fine Arts & History.

While researching the Talley House, the couple discovered there had been a wedding at the home 100 years ago. They were supposed to tie the knot at another location, but they couldn’t pass up a chance to ”‘marry’ everything together by involving the house on such a fantastic occasion and anniversary,” Zenaida said.

“So we canceled our other wedding venue and moved everything local,” she said.

The couple married legally last year during a small, private ceremony during the height of the COVID-19 pandemic.

With Zenaida’s background in art and design, and Chris’ experience as a finish carpenter, the couple will be ready to get to work restoring the home.

“We looked at many (homes), including some that were already move-in ready, but upon seeing the Talley, we absolutely fell in love with all the potential she has,” Zenaida said.

Zenaida, 39, was born in New York but moved around growing up because her father was a U.S. Marine.

“We eventually settled just outside of Winston-Salem, North Carolina, which I consider my hometown and love that I am still close to,” she said.

“I didn’t appreciate the harsh winters any longer and am excited to be further south where the climate is much more mild and we can enjoy all four seasons,” Chris said.

The Herbons’ Talley House project will include wiring and plumbing work, and repair and replacement of gutters and water-damaged areas.

“Upon completion of that, the entire first floor will be a full, Victorian-style restoration,” Zenaida said. “We are hoping to find some original photos of the house interior from back then so we can retain as much of the original beauty the home once had.”

The Herbons will design the second- and third-floor rooms to reflect other decades the house has withstood, she said.

“We will bring back such themes as art deco, 40s vintage, and the glamour of the Hollywood regency design era,” she said. “A treat on the third floor will be the train room, in which Chris is designing a miniature-scale model of Danville and the wreck of the Old ’97, as well as incorporating other train details to accent throughout the house.”

The rear of the home and a carriage house behind the home will be restored.

Mae Talley, who was openly divorced during a time when such situations were rare, lived in the home for several years with her son, Herbert. She taught music lessons out of the conservatory to support herself and her son.

“Many families have since owned the home, including a partner in the Danville Hardware Company and a gentleman who worked with Reynolds Tobacco Company,” Zenaida said.

The house had been empty since 1984 — nearly 40 years — until Chris and Zenaida bought it, she said.

“From what we can find, it did change hands a few times during its empty period, but everyone gave up on the project and moved on, leaving it subsequently in the hands of the city, which is how we came to acquire it,” she said.

As for the ceremony, it included a combination of themes blending Zenaida’s and Chris’ respective heritages. The bride’s outfit included a Taino Native American headdress and the groom were a kilt to reflect his Scottish background.

A handfasting with a golden coin attached was wrapped around the couple’s arms during the ceremony on the front porch of the home.

“This was Chris and Zen’s way of combining the Taino and Scottish cultures to bring their union together because not only where they’re going but where they have come from are important to these two people,” the man who officiated the ceremony told attendees.

Some guests dressed up in Renaissance-themed outfits and the event included, for a whimsy, two participants dressed as dinosaurs.

Chris and Zenaida met while she was on tour as Spark the Fairy during a Renaissance Fair event just outside of Atlanta. Chris was managing a rose company, for which he is now a consultant.

The couple bought a cottage in Pittsylvania County on the outskirts of Danville and has been living there since June. They will live there while they restore the pastel yellow, sky blue and purple Chestnut Street home, which they expect to take about a year or two.

Everything about the home, including its towering turret, wrap-around porch, original features and the story of Mae Talley attracted the couple, Zenaida said.

The original fireplaces are still intact and include tiles from the late 1800s “with fleur-de-lis details that remind us of our time in New Orleans and the ribbon and bow design in the conservatory tiles, which adds the perfect feminine touch,” she said.

“The house also has both sets of it original pocket doors intact, which we were shocked and elated to discover,” she said. “We also appreciated that the demo had already been done on the interior, so there was no disaster to clean up before we could get started with the restoration.”

The Herbons hope that another couple will exchange vows at the home a century from now.

“We can only hope that one day, 100 years from now, some other couple will want to do something similar,” they said.

Copyright 2022 The Associated Press. All rights reserved. This material may not be published, broadcast, rewritten or redistributed.

Wed Apr 13 , 2022
HGTV star Jasmine Roth is no stranger to the world of home improvement. The Help I Wrecked My House host, and author of House Story has picked up a trove of transformative tips on her way to the peak of the design world, but none are quite so invaluable as […] 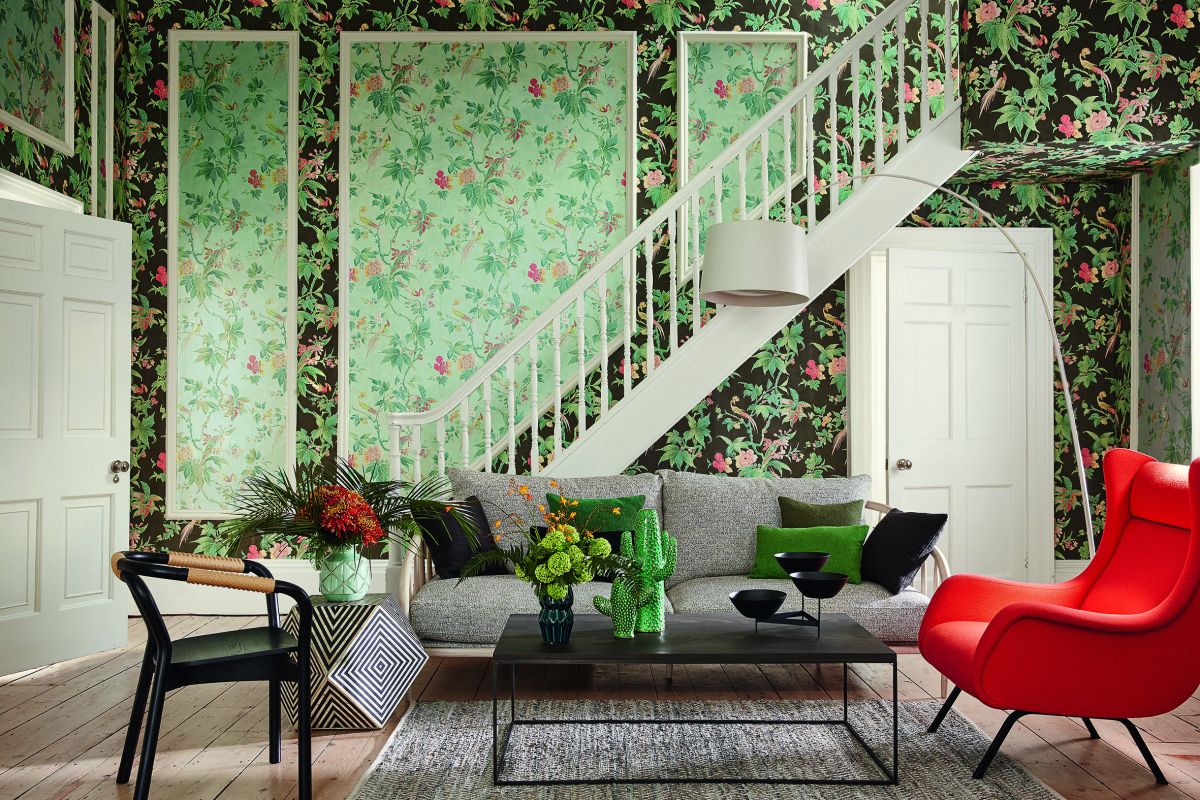 15 Cool Kids Bedrooms – How to Decorate a Child’s Room

Werner Straube As the one space they can truly call their own, a child’s bedroom should enable them to escape and feel inspired. It’s a challenge to design a bedroom for children without it ever veering too juvenile or mature. The most brilliant bedrooms embody the whimsy of child-like wonder […]