In December, Elizer Rios moved from Washington, D.C., to Honolulu for a new job as a sexual orientation and gender identity health navigator at Waikiki Health.

But on Tuesday, Rios and her colleagues Cameron Woods and Wendy Wink Taylor were fired, one week after complaining to the nonprofit’s chief executive officer about lack of access to a unisex bathroom and raising concerns about how the situation was handled.

The three said their termination was retaliation for speaking out. Waikiki Health denied that, saying they were let go because their jobs were no longer needed.

The Hawaii Civil Rights Commission says all employees in the state have the right to use restrooms that correspond to their gender identity.

The commission also recommends employers provide “an easily accessible unisex single stall bathroom for use by any employee who desires increased privacy, regardless of the underlying reason.”

In an email sent to Waikiki Health’s staff and board on Wednesday, CEO Phyllis Dendle said the three were fired not because they complained but because their jobs were redundant.

“No employee, of any gender identity, has been fired for advocating for gender neutral bathrooms at Waikiki Health. The request for a safe space to go to the bathroom was resolved as the employee requested without delay, and the request had no bearing on their employment,” Dendle said. “The positions the employees held were new, and there was not enough work available to continue them.”

Woods, who identifies as transgender and nonbinary, was first told to stop using the unisex bathroom on Feb. 28. Woods said the bathroom, which was designated for people with disabilities, was the only unisex restroom in the building.

Woods said the supervisor agreed to fix the issue. But when Rios, who is also transgender and nonbinary, sought to use the same bathroom a week later, on March 8, she says she was similarly told that was the last time she would be allowed to use that restroom because the organization was limiting use due to finicky plumbing.

Accessing gender-neutral bathrooms is important for many people who don’t identify as the sex they were assigned at birth. A 2015 survey of transgender people in the U.S. found that 12% reported being harassed, attacked or sexually assaulted in a bathroom within the previous year, and more than half had avoided public bathrooms in part to avoid confrontations.

Rios seeks gender-neutral bathrooms because she feels uncomfortable in men’s rooms since she doesn’t identify as male. Women’s restrooms aren’t much better. Once, a woman in a Virginia bathroom even grabbed Rios’ crotch while saying that Rios shouldn’t be there.

“I shouldn’t have to subject myself to that kind of harm,” Rios said.

Rios, Woods and their colleague Taylor said they brought their concerns to Dendle after the incident on March 8, and the CEO was not sympathetic.

Dendle said that plumbing issues prompted the nonprofit to limit use of the bathroom, and suggested that Rios apply for an American Disabilities Association card in order to use it, the three staffers recalled.

Dendle told them that the company had had other employees with “gender issues” who did not have a problem using gender-specific bathrooms, according to Rios, Taylor and Woods.

“I just don’t understand why you can’t use the women’s or men’s restrooms up here,” Dendle said, according to a human resources complaint that Rios later filed with Waikiki Health.

Later that day, Rios, Taylor and Woods were informed by their supervisor via email that the issue had been “solved.” The next day, Taylor and Rios said they were told that their probationary period would be extended because the Waikiki Health wanted to reevaluate the existence of their program.

Less than a week later, they were fired.

Elizabeth Fujiwara, a Hawaii employment law attorney, said the timing of the probation extension and job loss is “amazingly suspicious.”

“The fact that it came right after they met with the CEO makes it clearly pretextual,” she said, adding, “pretextual means bullshit.”

Waikiki Health declined to comment on what was said during any meetings. In her email to staff, Dendle said that Rios, Taylor and Woods were allowed to use the unisex bathroom on March 8, the same day the workers said they met with her. She noted the jobs the three employees had filled had recently been expanded from one to three separate positions.

“There were only six patients who had a total of 10 navigation encounters with these three employees in a three-month period,” Dendle said. “It was decided by the CEO and CMO that there was not enough work for even one employee.”

Rios, Taylor and Woods said that working with patients was only one aspect of their jobs. They had also been evaluating the nonprofit’s 1,000-page internal policies and procedures to make them more gender inclusive, and had been developing staff training for LGBTQ Health National Awareness Week, which starts Monday.

But that doesn’t mean employers always comply. Both public and private employees previously have filed state civil rights complaints about lack of bathroom access. In 2014, the state faced a lawsuit by a transgender employee who had allegedly been denied access to the women’s bathroom.

Taylor filed a complaint against Waikiki Health with the commission as well. Even though the job only paid $48,000 per year and required her to rely on food stamps to provide for her two children, the single mother said she had been excited to do work that was meaningful to her. Now she, Woods and Rios are unemployed and not sure what to do, a far cry from what they expected three months ago.

“I felt really safe coming to Hawaii as a trans person because of the mahu existence and I thought for sure that my experience would be different,” Rios said.

But within a week of landing on Oahu, Rios said she was refused access to a women’s restroom at a Waikiki bar despite a state law prohibiting discrimination against transgender people at public accommodations.

“It’s always happened at bars — it’s never, ever happened to me at a workplace,” she said. “Which is why I think it’s so astonishing to me.”

Sign up for our FREE morning newsletter and face each day more informed.

Maine and Crawford is sourcing interiors from around the world

Mon Mar 21 , 2022
For an Instagram-worthy space.  DIY interior design is truly in its heyday. Everyone loves a carefully curated space, especially in the age of Instagram when a shot of your bedside table can say so much about you. After spending the majority of the past two years stuck at home, you likely […] 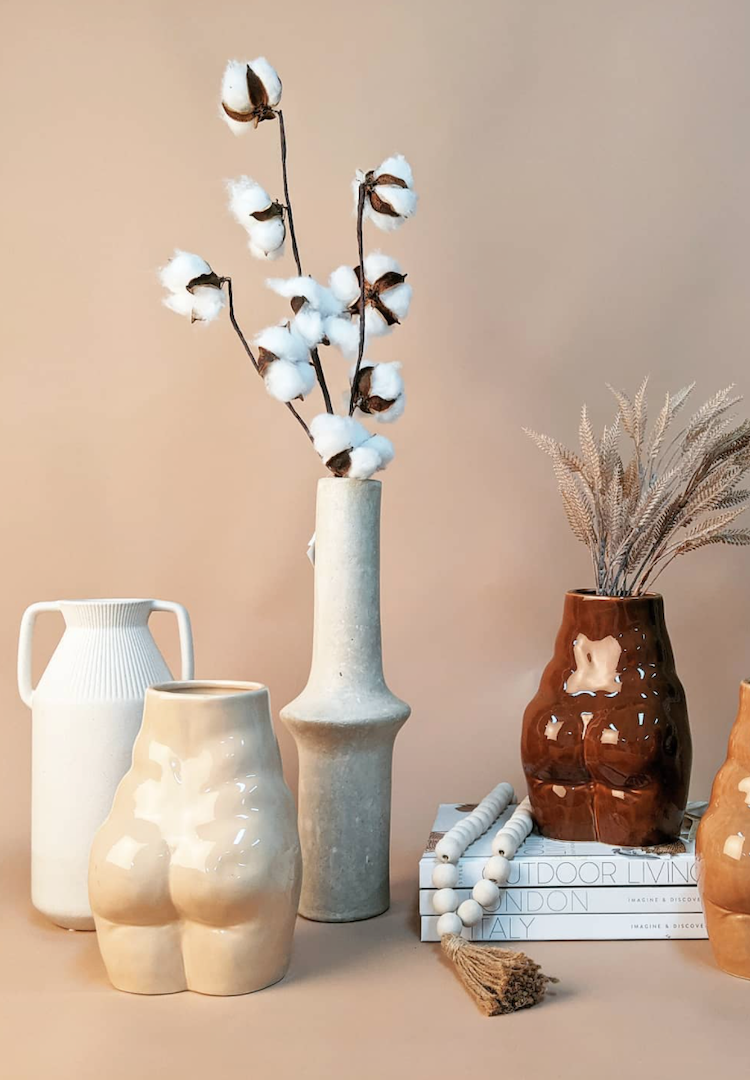