Yet I kept hearing wellness pundits rave about “cold immersion.” They made it sound fairly simple. You pop into a really cold lake, ice bath or shower; stay there for some extended period of time; reemerge, shivering and bluish; and magically reap a wide range of supposed health benefits, such as more energy, better metabolic health and happier moods. Cold showers seemed slightly better than submerging myself in ice, and the concept was intriguing, if not exactly tempting.

But I became more interested in trying it this past winter. I’d begun to feel vaguely depressed, with the sunless skies, the pandemic marching on like an evil Energizer Bunny, and my occasional overwhelm from adjusting to a new career path — all while trying to cut back on my coffee addiction. I needed a boost.

Before I tried to conquer my fear of chilly water, I spoke with experts to see if it was worth it. One of them was David Sinclair, a Harvard biologist and leading researcher of longevity whose “metabolic winter” hypothesis would explain why cold immersion supports long-term health. His hypothesis, he said, is based on the fact that, for tens of thousands of years “our status quo was being cold.” That was because our ancestors lived outdoors in seasonally cold temperatures, endured the ice age and migrated to colder climates. Human metabolism, therefore, was designed to adapt to uncomfortable weather (hot temperatures may have had the same effect). But these days we live almost entirely in climate-controlled luxury. The new status quo derails our health because it eliminates the biological challenges our bodies had adapted to.

Sinclair’s hypothesis draws from a principle, well accepted by biologists, called hormesis: Some amount of pain is good for us. In addition to cold-water immersion, other examples of hormesis include exercise and dietary fasts.

Another expert I spoke to, Anna Lembke, a Stanford professor and psychiatrist, prescribes various forms of hormesis including cold-water immersion instead of pills to some of her patients suffering from addictions. “It helps them tolerate withdrawal,” she told me. “The body responds to cold water by up-regulating feel-good molecules like dopamine, serotonin and norepinephrine, as a way to compensate.”

These theories sounded plausible. Missing my usual caffeine bump and feeling especially lethargic one cloudy afternoon, I turned my shower handle to its coldest setting, took a deep breath, and stepped in.

I gasped. Then I screamed and quickly stepped out.

“Are you okay?” my 6-year-old asked from the hallway.

“I don’t know,” I said, before reassuring him — and myself — that it was just cold water.

Take two: I turned the handle to a saner, more inviting temperature, and got back in the shower. For about six minutes, I brought the pain gradually, turning the handle in increments, allowing my body to adjust. That is, until the handle would turn no longer, and the showerhead unleashed its deepest chill. I screamed again and reached out for the handle like a drowning man grabbing a rope, shutting off the water.

Never again, went the refrain in my head. But as I got dressed, cranked up the heat in my house and stood next to my space heater, a profound sense of relief spread through me, a rebound effect that lasted several hours.

Even so, I remained skeptical. I’d just finished reading “Suggestible You,” Erik Vance’s book about the placebo effect. Beyond theoretical explanations and my own subjective take, what did scientific experiments actually reveal about the benefits of cold water?

I talked with Heather Massey, a physiologist in the Extreme Environments Research Group at the University of Portsmouth in Hampshire, England. Research on cold immersion is “an emerging field,” she said. “There’s a desperate need for more studies” and funding to do them.

A handful of studies do show a link between cold exposure and upticks in various brain chemicals associated with well-being. For example, one study found that immersion in cold water — 57 degrees, to be exact — raised people’s blood levels of the neurotransmitters noradrenaline (by 530 percent) and dopamine (by 250 percent).

Some research suggests that noradrenaline helps counter anxiety and depression, and dopamine plays a key role in feelings of motivation and reward. Other research indicates that higher levels of noradrenaline could reduce inflammation.

Sinclair mentioned to me that enduring cold temperatures may also increase so-called “brown fat,” which is associated with lower body fat percentage. Notably, this research involved cold air, not water. Other studies suggest that cold water immersion can buffer the immune system.

The anecdotal evidence, however, has been enough for some scientists to take the plunge themselves. Massey swims outdoors in cold-weather months. Before the pandemic, Sinclair dunked himself regularly in 39-degree water for five minutes at his gym. Kenneth Kishida, a Wake Forest neuroscientist and dopamine researcher, told me that he likes to take rugged camping trips in state parks, subjecting himself to frigid showers and other hormetic stressors. He returns from these trips in higher spirits.

Wendy Suzuki, an NYU neuroscientist, takes cold showers every morning. “I can tell the difference when I forget to do it,” she told me. “It’s just generally activating. I feel so alive.”

I’ve gotten into a rhythm of taking cold showers two or three times per week, usually after lunch. At first, I couldn’t stand the shock of the coldest temperature — 48 degrees, according to my thermometer — for more than a few seconds. With more of these showers, though, my endurance has improved; I can now persist through the worst pain for several minutes.

“That tracks with the research,” Massey told me. “Cold shock” is the body’s natural response to sudden cooling of the skin, involving faster breathing and heartbeat, she said. But as you expose yourself more, these defense mechanisms start to relax, research suggests. “You can extend your time in the water because you have far less discomfort,” said Massey.

Recently, my thoughts have even drifted to random subjects, as they do during warm showers, rather than obsessing over the pain. But I last longest when focusing on the boost I’ll get afterward — a strategy backed by research. Plus, longer cold exposure seems to intensify the benefits.

I asked my wife if she’s noticed any changes in my mood lately. “Possibly,” she replied, very diplomatically. Hoping for a more definitive answer, I asked my 6-year-old the same question. “Not really,” he said. But then he added, “I have noticed, when I look over at you, sometimes you’re just smiling at me.”

I shouldn’t need cold showers to make that happen. But if they do the trick, the pain is worth it.

Matt Fuchs lives in Silver Spring, Md. In addition to writing about health and technology, he is editor in chief of Leaps.org, a journalistic platform that covers health innovations. Follow him on Twitter.

28 of the best Easter decoration ideas for 2022

Sat Mar 12 , 2022
There are more Easter decoration ideas than ever before to add some seasonal flair to your home and we’ve rounded up the best spring trends and ideas, according to the experts, ranging from floral scents to easy DIY decorations. Whether you’re looking for Easter wreath ideas or want DIY crafting […] 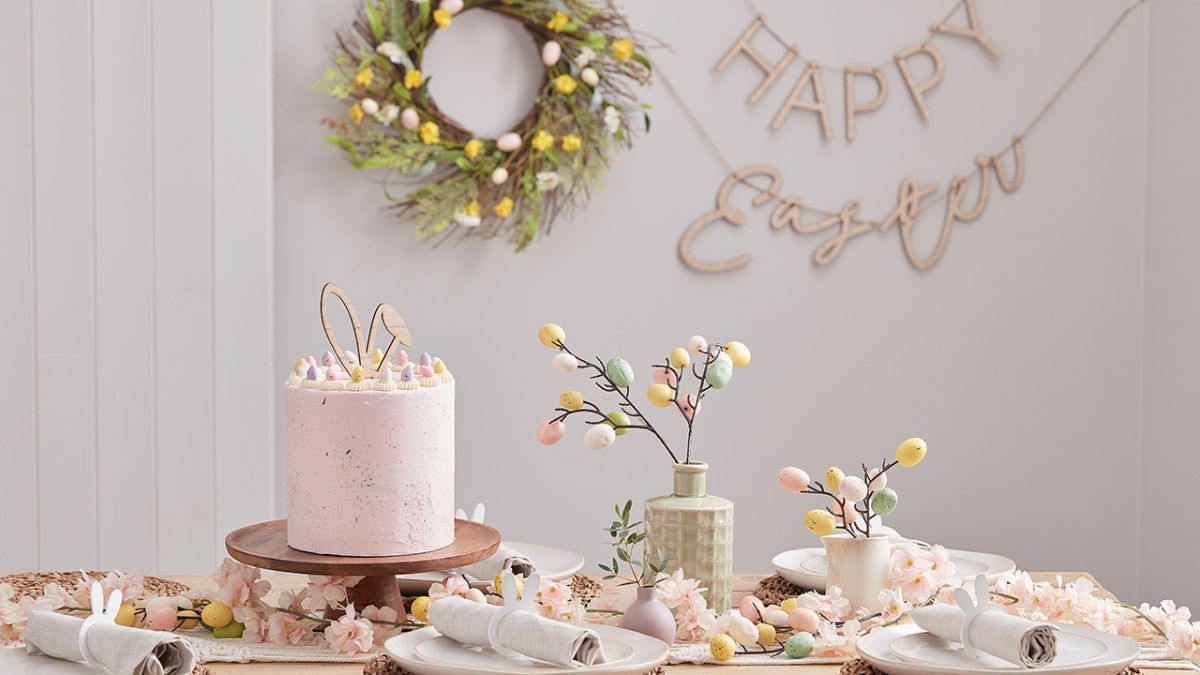