Inside Australia’s house of HELL: Horrified tradie is forced to wade through human waste and wall-to-wall trash after being called by a woman to fix a leak in ‘suicide towers’

A tradesman has posted a video of the call-out he got to a house from hell.

The plumber was called out to an address in Surry Hills in inner-city Sydney to fix a leak.

But this turned out to be anything but a routine call – the whole place was strewn with years of hoarded rubbish and human waste.

He was so shocked he had to video the scene to record the shocking conditions.

On the clip, a voiceover in the style of an ominous film trailer said ‘Suicide Towers, Surry Hills, Sydney.’

Viewers on social media praised the plumber for the sensitivity he showed to the woman in the house.

But the reality on the screen is almost beyond belief. There are bags filled with rubbish, empty containers and dirt, including what seems to be human waste, everywhere.

There is barely any of the floor visible as almost every centimetre is covered from wall-to-wall.

The tradie is heard telling the woman in the house that it needs to be ‘cleared up’.

As he walks through half-eaten pizza slices and trash, he uses a plumbing pipe to push items out of his way.

Even the shower is full of rubbish, including a blue bucket which may at some point have been used for a leak.

Then a dog is seen jumping through the dirt and the viewer’s thoughts may turn from thinking the house not is not fit for humans to thinking it’s also not fit for animals.

‘Yeah, definitely can’t do this tonight,’ he told the woman.

‘No,’ she replied gently, presumably understanding why he can’t take care of the job right now.

‘What I’m going to do,’ he said as he approached what looks like human waste on the floor, ‘is I’m just going to let them know that it needs to be cleared up first.

‘Because we can’t actually work in here. It’s a bit of a health risk.’ 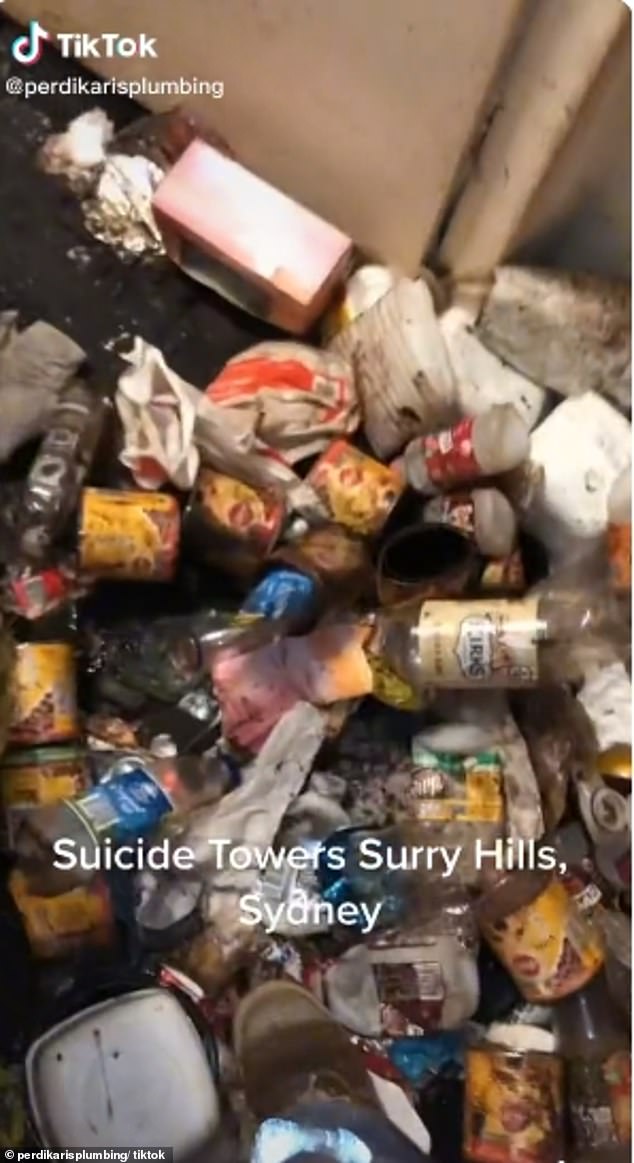 A plumber told a customer ‘we can’t actually work in here. It’s a bit of a health risk,’ after seeing the property pictured

The woman, who was wearing flip flops as she walked through puddles of water and filth splashing her feet, seemed to agree with the plumber.

‘That’s something else I’ve got to do,’ she said.

‘Yeah, once that’s taken care of, I guess we’ll go ahead and do what we gotta do.’

When the video was posted on TikTok, many commenters praised the plumber for how sensitive he was with the woman in the house.

‘So sad,’ said one. ‘At least the plumber was respectful and non judgmental, the person may be suffering some serious issues depression or disabled etc.’

‘Thank you for being so professional,’ said another.

Most posters were very concerned for the woman.

‘Oh wow. It’s devastating that people live like this. How sad and lonely they must be for their lives to end up like that,’ one said.

But some were shocked the plumber even made it past the front door.

‘I would NOT have even stepped one foot in that place. that’s one [of] the most feral things I have ever seen,’ said one person.

Others were concerned for the dog seen in the video, but the plumber addressed their concerns.

‘This dog is fine and was relocated long ago,’ he assured them.

Your Guide to Removing the Chemical Odor

Sat May 7 , 2022
Have you ever ripped open the packaging on a long-awaited new couch or coffee table only to be greeted by a pungent chemical smell? Then this installment of “Beat the Stink” is for you. New furniture smell isn’t just an unpleasant byproduct of buying contemporary pieces for your home; it […] 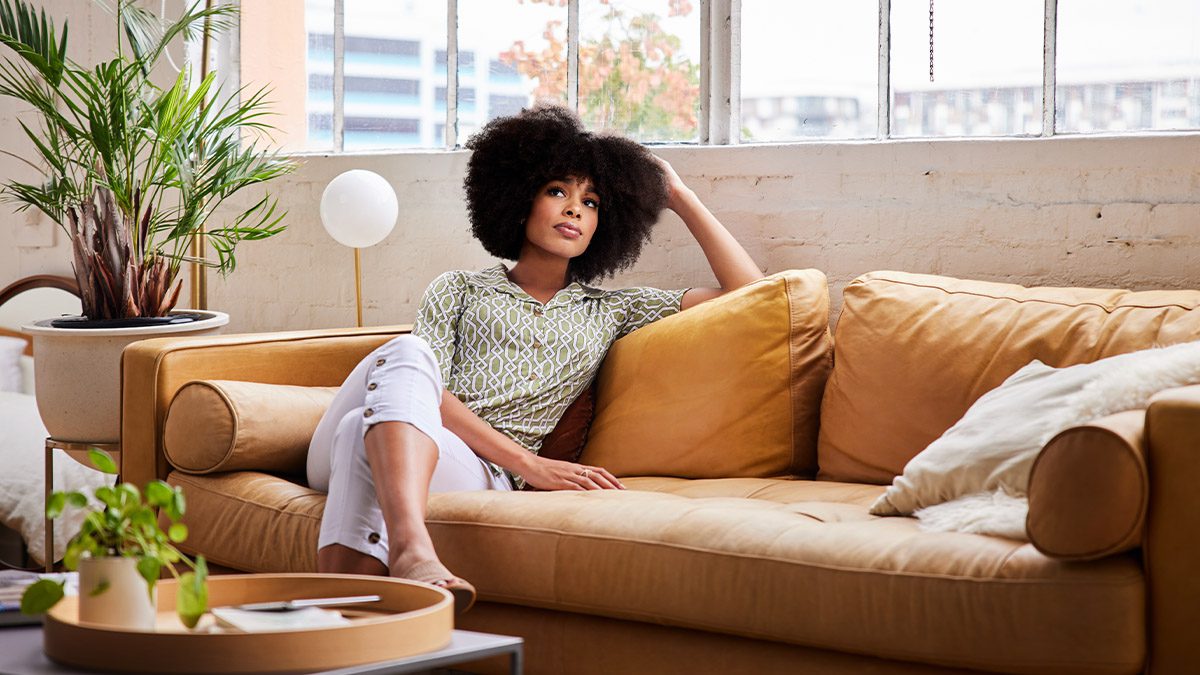 There’s nothing wrong with hand washing your car with soapy water and cloth. But, if you’re someone who can’t spend a whole day doing so, this method is not for you. Washing your car is one of the ways that you can take care of it. You can send it […]