The Cameron House, the former home to Art Center Waco for more than 40 years, may find new life as a multi-use space as property owner McLennan Community College explores a possible renovation of the building and its grounds.

The three-story, 100-year-old structure has been closed and had the threat of demolition hanging over it since October 2017, when a sagging floor support beam made occupancy hazardous and forced Art Center Waco to find another space.

The proposed renovation, as detailed in a document for prospective construction managers, would cover the house, its outdoor plaza and adjoining outbuilding. The renovated building would be used for MCC Foundation offices, an art gallery and space for small events. Renovation would include structural repairs, new mechanical, electrical, plumbing and fire systems, a three-stop elevator, roof repairs if needed, exterior stucco and trim, sidewalks and landscaping.

The building’s future has been in limbo since its closing. MCC President Johnette McKown reported to the MCC board in March 2019 that a full restoration of the building, located on a hilltop on the northeast edge of campus, could cost up to $4 million, while repairing the wall, foundation and plumbing could run as much as $400,000. The cost of simply tearing down the building was estimated at $150,000.

At that time, McKown told the board that the possible uses of a renovated building, including as MCC Foundation offices, did not justify the cost, but indicated a willingness to consider outside proposals for the structure before having it demolished.

Such a proposal apparently has arrived.

McKown declined to give any details of what is under consideration, but confirmed renovation plans are being discussed.

“Through the generosity of a donor, we are exploring options to revitalize the Cameron Home and grounds including art gallery space and the relocation of the MCC Foundation,” she said in a statement Thursday. “Currently, we are considering project design and we have advertised for a construction manager at risk to assist in the planning.”

MCC board chairman K. Paul Holt said a plan for the Cameron House restoration has not yet come to the board for its consideration. That might come with administration’s recommendations on the bid proposals currently in process.

According to information in MCC’s Archives, William Waldo Cameron, whose family donated land to the city of Waco for Cameron Park, built the Mediterranean-style home around 1921, supposedly as a wedding present for his second wife, Helen Miller. It was named Valley View for its hilltop vista of the Bosque River valley below. The family used the home until Cameron’s death in 1939. In the 1970s, the Junior League of Waco renovated the property to house the newly created Art Center of Waco, which now goes by the name Art Center Waco.

Despite the Cameron House’s age and connection to a major family in Waco’s history, it does not have a state historical marker and is not on the National Register of Historic Places.

Since leaving its longtime home in October 2017, Art Center Waco has moved downtown to 701 S. Eighth St. A one-story brick building that once housed a child care center was renovated and expanded at the cost of $3.1 million and the art education organization opened the new location to the public in October 2021.

Art Center Waco CEO Doug McDurham, also a District 1 MCC trustee, said the center had been involved in some discussions of potential uses of a renovated Cameron House, noting there were multiple parties involved in those discussions.

“There are a lot of options being sorted through, but we have definitely been in conversation how we might be engaged,” McDurham said. “From the Art Center’s perspective, once MCC has settled on a plan, if there’s space … we would be very eager to have a conversation about it.”

Get local news delivered to your inbox!

Tue Apr 12 , 2022
Text size Wayfair stock was cut to Underweight from Equal Weight at Wells Fargo. Gabby Jones/Bloomberg Wayfair’s previous pandemic-based momentum might soon be coming to a halt, as the virus that causes Covid-19 eases and inflation continues to eat at consumers’ wallets. The e-commerce company, which sells furniture and home […] 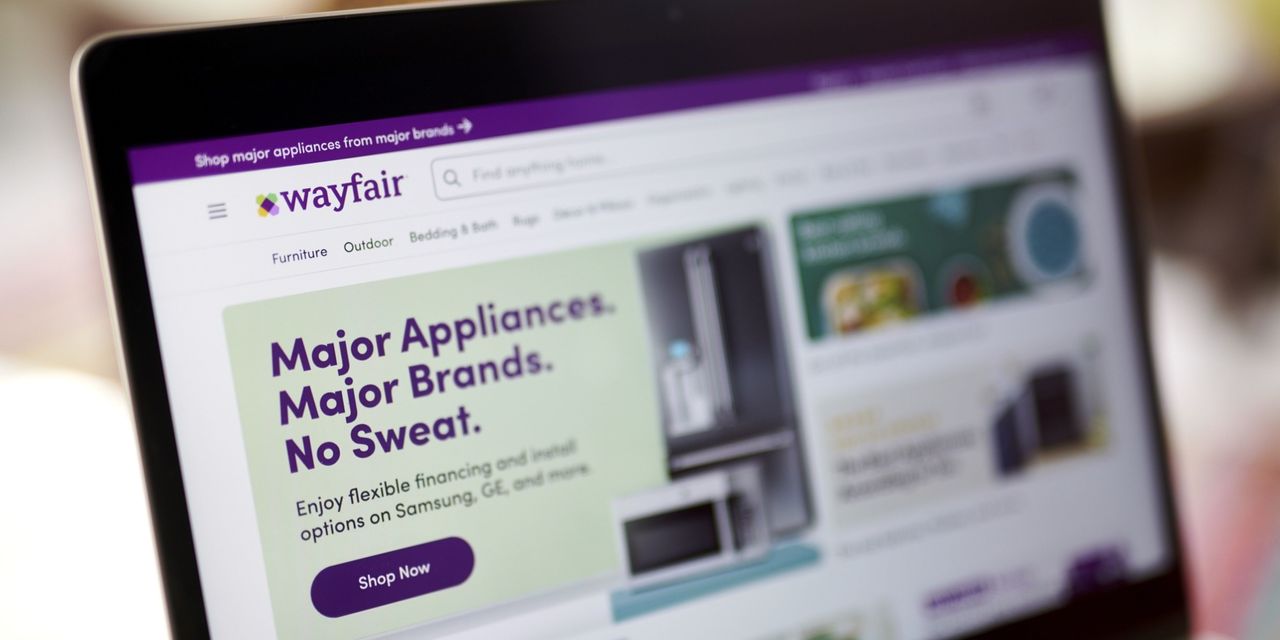 A kitchen island that incorporates practical storage designs will help to create a highly functional and organized area in your kitchen. Kitchen island ideas can transform how you use your home. Hege Lundh, Marketing & Business Development Director at Lundhs Real Stone states, ‘true focal points and statement pieces, central […]