A woman who moved into a social housing property in Bellambi, north of Wollongong, says the house had a putrid smell, was covered in mould, and months later still has disconnected plumbing.

Mich Gray says she was given the keys in May 2021 only to find the house was virtually uninhabitable.

She paid to get the carpets cleaned twice, then ripped them up.

Ms Gray said it revealed rotten floorboards underneath which the NSW Land and Housing Corporation eventually replaced, but problems with disconnected plumbing in the bathroom remain.

“The carpenter got under and said ‘your bathroom’s not plumbed’, and he goes ‘there’s no waste pipe’,” she said.

“It runs out the bath hole onto the cement slab of the bathroom floor and then drained out through cracks and fissures.”

Ms Gray said her concerns about the house did not mean she was ungrateful after waiting over 20 years on the public housing waiting list as a survivor of domestic violence and a parent.

“Do not ever get me wrong, I feel so privileged, and this house is a godsend that came to me at a time of utter desperation,” she said.

The CEO of the Tennant Union of NSW, Leo Patterson-Ross, said there were many people like Mich Gray living in awful conditions that need to be fixed.

He said the problem was tenants had to really fight to get things done and the importance of public housing was understated.

“What they are trying to do is check off a process, tick the boxes, and that can miss the humanity in the middle of it,” Mr Patterson-Ross said.

“The problem is resources and essentially it comes down to that we don’t value public housing.

“As a community, as a society, we don’t say that public housing is this really fantastic community good that we should really value, hold on to and cherish.

A spokesperson said the NSW Land and Housing Corporation was working with Ms Gray to address the matters she raised.

A further inspection is expected to be undertaken this week, with additional work to the bathroom to be completed by the end of the month.

The matter is still before the NSW Civil and Administrative Tribunal.

ABC Illawarra will deliver a wrap of the week’s news, stories and photos every Thursday. Sign up here.

Midwesterners Gather ‘Round the Kitchen

Mon Mar 21 , 2022
Olivia Flicker of Studio M Kitchen & Bath in Plymouth, MN notes that many of the company’s clients are beginning to venture into two-toned kitchens that combine stained and painted finishes to add warmth, as seen in the top kitchen, designed by Claire Teunissen, and the above space designed by […] 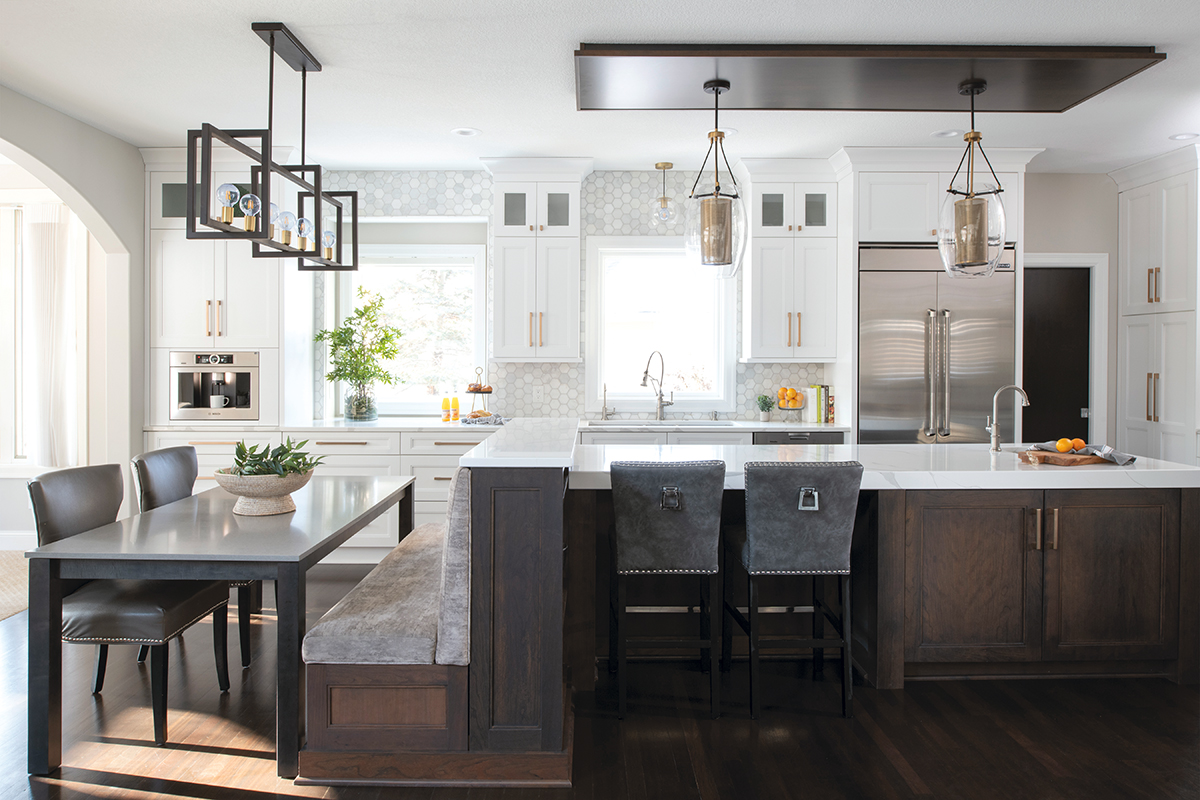 North Yarmouth Historical’s Katie Murphy, left, and Dixie Hayes are pleased with the progress of the Old Town House renovation. They’re hoping for a fall reopening of what will be a facility for the whole community. Rachel Vitello / The Forecaster For the first time in its 169-year history, North […]