RALSTON, Neb. (WOWT) – The City of Ralston made another step today on its journey to economic growth.

The Granary District officially opened a venue that will feature social and business events along the city’s Main Street and give one of the city’s older buildings a much-needed facelift.

A few years ago Ralston Old Granary was just that, an old granary but I See It Ventures saw the potential here.

“Let’s just say it had been an eyesore in this community for many decades and we decided we were going to revitalize it, restore and create a hub for entrepreneurial and business start-ups right here in Ralston,” said Gordon Whitten, CEO of I See It Ventures.

Ralston’s Old Granary, built in the early 1900′s has gone through some major changes over the last two years.

“It’s an indoor and outdoor venue inside right through those doors, capacity of over 400 people, two major rooms with expansion capabilities beyond that for all types of events,” said Gordon Whitten, Ventures founder & CEO.

Outdoor, the Granary Green is all set up for concerts. Officials say tax incentives to help underserved and depressed areas helped make this project possible.

“We had two main areas in our district, one here in Ralston we’ve also had some areas in North Omaha,” said Don Bacon.

“My role is to bring ARPA money to this main street Ralston development and I am going to sponsor a half-million-dollar intimal investment of Douglas counties,” said Cavanaugh.

Douglas County Commissioner Jim Cavanaugh wants to kick in American Rescue Plan funds to help the area come back from setbacks caused by the pandemic.

“Our investment here will help speed the recovery to get this up and running employing people, getting much-needed housing for people, and upgrading main street Ralston far into the future,” said Cavanaugh.

Ralston officials hope the Granary will benefit from the future casino that will be built here at Horsemen’s Park.

Only a few blocks will separate Warhorse Casino and Ralston’s renovated Main Street.

The City of Ralston made another step today on its journey to economic growth.

“The casino is a very large project so there could be some parking sharing going on which benefits the business anytime you bring dollars and people into an area, they shop in the businesses that are around that area so an opportunity to bring people to the area of Ralston is a chance to earn people’s business and grow,” said Tim Rexius, President Ralston Chamber of Commerce.

Two years ago Jody Strauch brought her designer home improvement store to the Granary District. She made a lot of changes in a short period of time.

“We’ve been working hard we’ve put in completely revitalized this space put in new electricity, new heating cooling bathrooms but then we had five semi-trucks of content that we cleaned tested and put in the showroom floor,” said Jody Strauch, Out of the Box.

I See It Ventures showed off their new changes Wednesday officially opening the Ventures at the Granary and the outdoor Granary Green offering space for concerts outside and space for social and business events inside.

Jody says the improvements to Ralston’s Granary District will help the city.

“I think it’s a move in the future towards making sure a small community stays alive, the cool thing about Ralston is it’s this small real town in the middle of metro Omaha, and it’s still a real community,” said Strauch.

Jody has renovated 22,000 square feet of space and filled it with unique reclaimed furniture and home improvement items. She’s also made sure to keep the Old Granary’s historic integrity.

“Keep it the way it was like the feature on the grain bins, I mean those are the old gran bins for the Granary and we made them small showrooms we want people to go in and see what it was like here what was the purpose here, we were very sensitive to that.”

Ralston says the Granary District and all the business and entertainment it brings is a game-changer for Ralston.

“It gives Ralston a destination place to go. Ralston isn’t any longer a place you drive through it’s a place you do business in,” said Rexius.

Officials remodeling of more commercial space should be complete by the end of the year after that we should see the construction of some housing in the area.

Mon May 9 , 2022
How to reduce clutter and store items in a kitchen corner When it comes to clutter, the kitchen is one of the hidden (or not-so-hidden) places with the most clutter. From appliances and utensils that are no longer used to weird spaces that make storage a nightmare, the kitchen […] 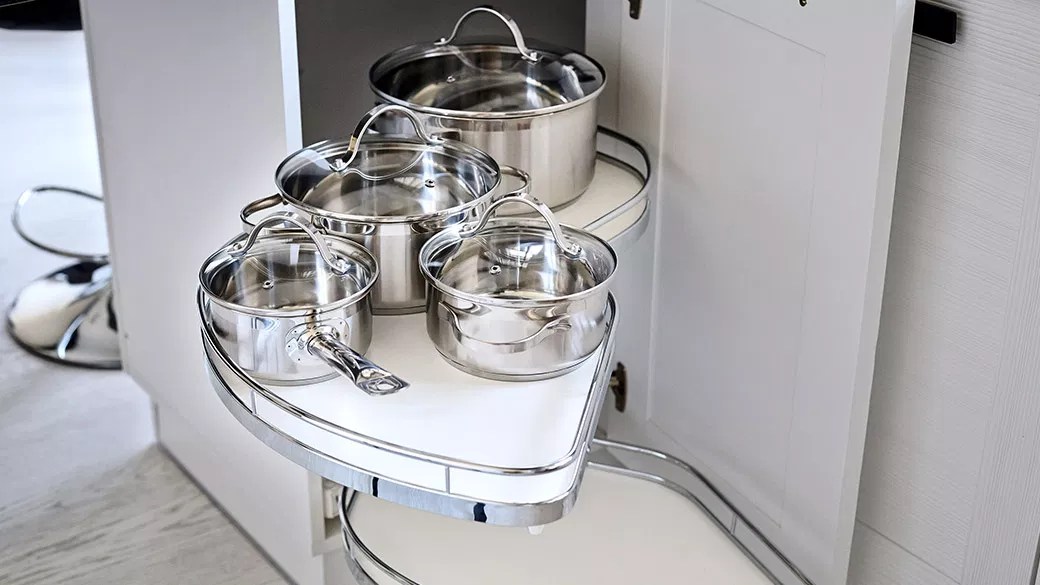 Decorating with books is a lovely way bring character to a living space as well as a welcoming and timeless feel. Ubiquitous features of the home, books can easily be forgotten about and are too often crammed into a bookcase with little thought, but with the right styling and treatment […]