COLONIE — Sand Creek Middle School teacher Patrick Morgan secretly filmed adults in a staff bathroom for at least 10 months, according to a complaint against Morgan filed in Colonie Town Court.

Police have identified 22 victims, one of whom was allegedly filmed while changing clothes.

The victims ranged in age from 28 to 72 years old, and the camera found was in place from “on or about the month of April 2021,” the complaint states.

However, the camera only had the most recent footage because Morgan was removing the camera regularly to download images and videos, Colonie police spokesman Lt. Daniel Belles said. A search of Morgan’s house in Herkimer County led to “quite a few” storage devices, as well as computers and other devices, Belles said.

“There might be other charges based on other stuff we found,” Belles said. “We could uncover other victims.”

Belles said there are many images to sort through. “It could take quite some time to analyze,” he said.

Morgan, 57, a fifth-grade teacher, was arrested Monday on 22 counts of unlawful surveillance in the second degree, a felony.

“The defendant recorded the incidents for his own sexual gratification,” Colonie police Investigator A.J. Malinoski wrote in the complaint.

Morgan admitted to the crime, Malinoski said in the complaint.

A faculty member discovered a suspicious device in the staff bathroom Friday. It was given to Colonie police, who determined it was a camera designed to look like a cellphone charger. The camera had videos and images of male and female staff members who had used the bathroom, police said.

One person, 28, was filmed “in various stages of dress, showing intimate parts while in the bathroom, while the victim had a reasonable expectation of privacy,” Malinoski wrote in the complaint.

South Colonie Superintendent David Perry said in a letter to parents that police said “there is no evidence to suggest that students were involved with any of the alleged actions of Mr. Morgan and that they have conducted a full sweep of the property and found no evidence of additional cameras on the premises.”

“We personally went through every bathroom, every locker room, every common area where students could gather,” he said. “We have no evidence any students were filmed.”

They also researched other places Morgan could have placed a camera. They are not aware of any volunteer or coaching positions held by him, Belles said, and are looking into reports that he worked at a restaurant in Utica.

“Whether he had cameras elsewhere, that’s something we’re looking into,” Belles said.

Morgan is now on administrative leave and is not working on school grounds. He was released pending another court date. Records from Seethroughny.net indicate Morgan was paid roughly $80,000 a year. He has worked for the district for 28 years.

Sand Creek classes were canceled for two days while administrators held staff meetings to discuss how teachers should handle questions from the middle school students, and how to recognize if students need emotional support. When students returned  Wednesday they were told Morgan was arrested and has been replaced with another teacher, but were not provided details of the case.

“Teachers and mental health professionals will simultaneously be available to address questions and provide a safe space for expressing emotions,” Perry wrote. “We ask that parents/guardians work within their individual comfort level to provide what details they feel are appropriate for their child/student prior to the return to school with the understanding that individual conversations may take place among students.”

Thu Feb 17 , 2022
Green is in, gray could be heading out. Love those clean mid-century lines, but how about something really comfortable. And wouldn’t a luxurious home theater be nice? With many of us spending a lot more time at home during the pandemic, tastes in furnishing and decor have changed. One example: […] 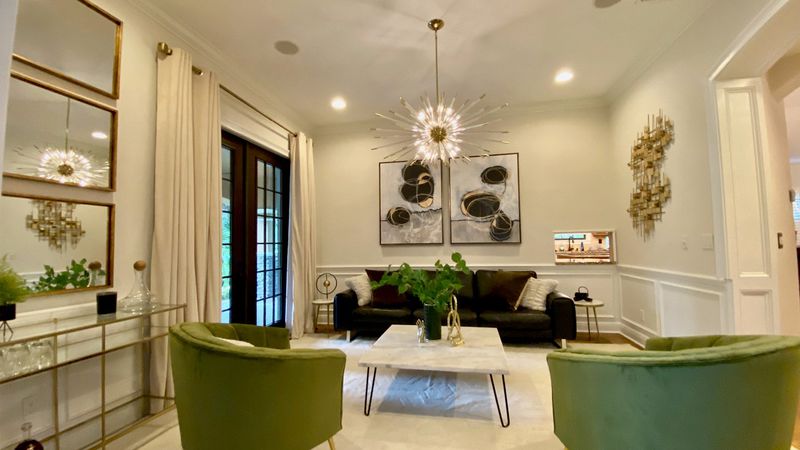